Most people have battled the unpleasantness of constipation at least once in their life. In most cases, it not a very serious issue and passes relatively quickly. Constipation usually occurs when stool is hard and has difficulty evacuating the body. Elimination becomes infrequent or slowed due to the dried/hard feces. A red flag for constipation is not having a bowel movement after three days or less than three in a week.

Constipation Symptoms include the following:

The typical internal cause of constipation is from the colon absorbing too much water which leaves hard or dried stool. Dried stool does not move through the bowels as well as lubricated feces, therefore, elimination becomes markedly slow in movement.

Causes of constipation include the following: 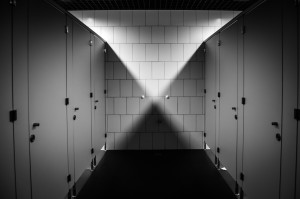 Use these home remedies to potentially help solve your constipation problems:

While the above natural remedies for constipation do provide assistance or relief to a common problem, letting constipation linger for too long can cause serious problems. The above remedies should be used short-term only. See or call a doctor if constipation turns into a long-term problem and/or if other symptoms out of the normal being to appear.